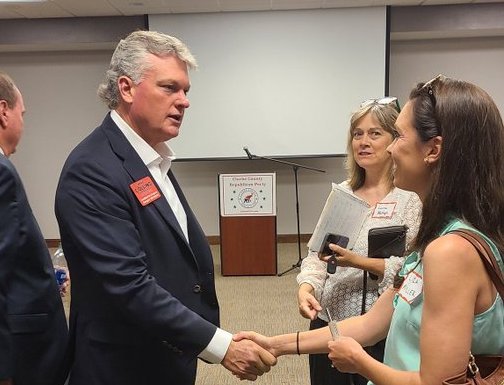 Mike Collins reported raising $180,000 in just 22 days, with more than 90 percent coming from Georgians and the vast majority from supporters in the 10th Congressional District. He raised more money from inside the district than any other candidate. Collins has $576,000 cash on hand after being the last candidate to officially enter the race last quarter.

“I’m humbled and grateful that so many hard-working Georgians believe in and are inspired by our message to financially support the campaign,” Mike said. “I do not take anything for granted and will continue working day and night to earn your support, your trust and your prayers. I’m proud of our fundraising success thus far, but our work is far from over. With your continued support, we will fight the Radical Left, get the Trump Agenda back on track and overhaul Washington.”